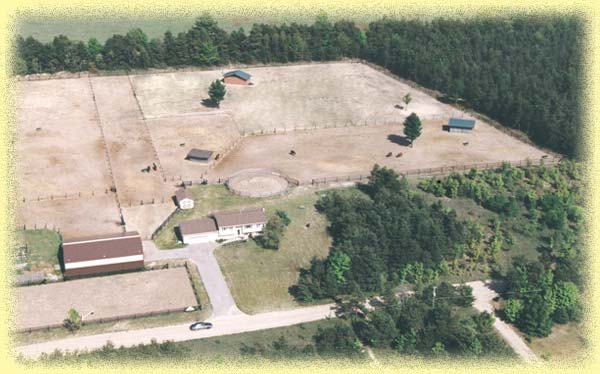 "Tannenwald" means "pine forest," and that name was chosen for our farm in reflection of the terrain of our area, sometimes referred to as "the piney woods of Northern Michigan." When we purchased our own farm in 1999, ironically the site was smack in the middle of a pine forest, so it fit very well with our name! We spent two long summers-and-more clearing some of the ground of the native pines, wild cherries, oaks, and maple trees so that we could build our fencing.

To the right is an aerial shot of the farm taken in the spring of 2003.

Despite claims of the four-legged inhabitants, Tannenwald Trakehner is owned by a two-legged mother-daughter team, Ursula and Ingrid. Ursula was born Ursula Mütze in the town of Chemnitz, in what became East Germany. When their apartment was bombed in the midst of World War II, the Mützes travelled west with their belongings packed in a handcart, much like the Trakehner people and their horses on the famous Trek. 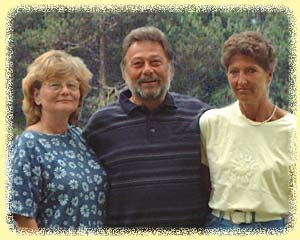 Ursula with Gerhard and Gabi Mütze

Ursula emigrated to the United States from Germany in 1966, and recently celebrated her 40th anniversary in the U.S. Her brother, Gerhard, and his wife Gabi, still live in Germany but make regular trips to Tannenwald and are an enormous help with everything that goes on. 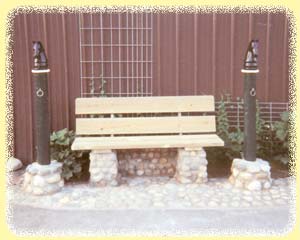 The "real" meeting place at Tannenwald

An incredibly talented woodworker and stone mason (particularly notable since he was the Laatzen police chief by profession!), Gerhard has done a great deal to add to Tannenwald's unique charm. Thank heaven most of the other building projects have been completed, so he has been able to do something besides install fence! Pictured is the stone bench and hitching posts in front of the barn, which Gerhard designed and created during one of his visits, using stones he dug from our fields.

And of course, we cannot forget

Our horses—some bred by us, some the foundation of our breeding program—who have gone on to join other families: 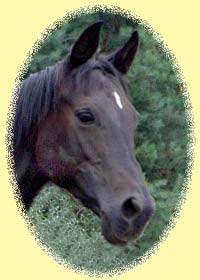 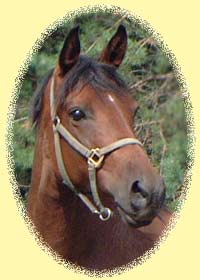 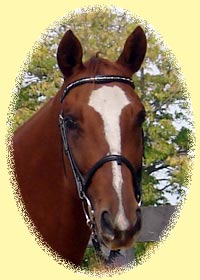 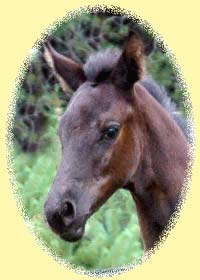 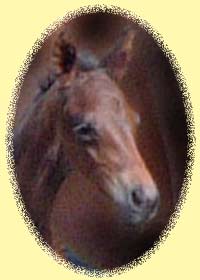 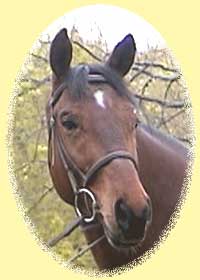 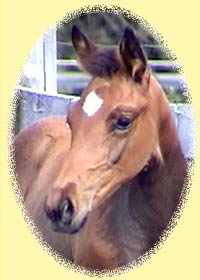 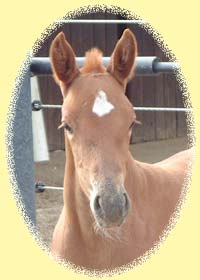 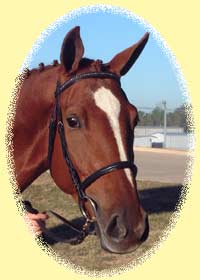 2004 Trakehner Filly
by Guy Laroche out of
Tanzelfe by Kaspareit 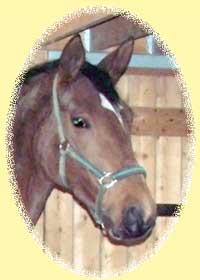 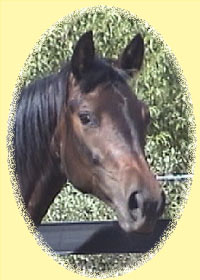 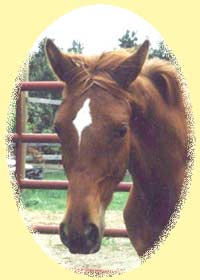 1999 Trakehner Gelding
by Kaspareit out of
Itamignon by Avignon II 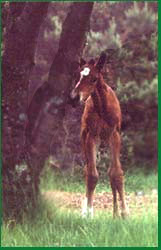